Home » Blog » The Truth Will Not Only Set You Free, It’ll Also Set You Sailing

If we search the Bible through, we will find it saturated with Truth. I believe that God gave us Truth, because as the scripture says, ‘The Truth Will Set You Free’. My sentiment is that God also gave us Truth to guide us through the deceit and lies of the enemy.

Satan, on the other hand, tries to keep us from the Truth. This is because the truth will not only set us free, but it will also set us sailing. Sailing in the sense that, as we discover the Truth, we set our sails from darkness to Light. Jesus said “I Am the Truth, I Am the Way, I Am the Life – John 14:6.” He also said that “I Am the Light of the World – John 8:12.“

Truth then, is not ‘It’ but rather ‘He.’ The Truth that we have, that will both set us free and sailing, is Jesus Christ of Nazareth. We have a Living Truth, Who is both a Redeemer and a Friend. Our responsibility, as a result, is to Know the Truth, because we must be set free, and sailing.

"And you shall know the truth, and the truth shall make you free."

It Is Power To Know The Truth

It is power to know that ‘The Truth will set you free’ . To know the truth, is to know the divine substance from which you were hewn and carved out. Knowing this Truth, about your Divine origins, will furthermore free you from every possible self imposed limit. The Truth is that we are God substance,  with God capacity. Here is the reference or our origin from the Bible;

This Truth is hard to consider, and even harder to believe, yet it is pure and precious. It is utter foolishness to know the Truth and continue to live in bondage. We must destroy all our limits, and we must set targets instead. This is because the Truth justifies our limitlessness.

It is true, that when we limit ourselves, we are also limiting the Power of God in us. What is also true, is that we are capable, not because of our own strength, but because we are the progeny of God. We are God’s offspring, with God capacity and God strength. Take this in, and swallow it like a holy pill, because this Divine Truth will empower you with super natural strength.

The Truth Will Set You Sailing

The truth will set you free, but what many don’t realize, is that it will also set you sailing. In other words, ‘To be set free, is to be set sailing.’

Consider the very idea of being set free. To acquire freedom means that there was some amount of hinderance. Now consider when this hindrance is removed. Imagine this newfound freedom setting sail !

The Bible speaks of freedom in the most profound ways.  Let’s look at Galatians 5:1 for example;

“It is for freedom that Christ has set us free. Stand firm, then, and do not let yourselves be burdened again by a yoke of slavery.”

Our freedom was not attained by our own might, or our power, but our freedom came from the shedding of the Blood of Jesus Christ of Nazareth. Freedom then, is not a wishful thinking, it is a reality and a Godly right. Amidst this, freedom is also our responsibility. There is a song that says “I Am Free, Free to lift my hands, Free to say Amen, I Am Free! – Kirk Franklin.”

I agree with this song 100 percent, because for a fact, we are free to be and to do with no set limits.

Perhaps our greatest imprisonment is that we often forget we are free.

Freedom is our responsibility

Freedom does not negate responsibility. The Apostle Paul said in 1 Corinthians 10:23;

Even though we are free, it is our responsibility to remain free. One of the reasons why a judge might retain an  inmate, is because that judge might feel the inmate will use his or her freedom to commit another crime. Also, a re-offence would result in further imprisonment of that inmate. So the judge keeps that individual to ensure there is not a recommittal of the crime.

It is the same way with us, as free sons and daughters of the Living God. We are free until we commit sin, then we fall in the bondage of sin.

If we say that we have fellowship with him, and walk in darkness, we lie, and do not the truth.

I have no greater joy than to hear that my children walk in truth. 3 John 1:4

Jesus saith unto him, I am the way, the truth, and the life: no man cometh unto the Father, but by me.

Jesus saith unto him, I am the way, the truth, and the life: no man cometh unto the Father, but by me.

And the Word was made flesh, and dwelt among us, (and we beheld his glory, the glory as of the only begotten of the Father,) full of grace and truth.

“Sanctify them in the truth; your word is truth.”

“And you will know the truth, and the truth will set you free.”

Love is patient and kind; love does not envy or boast; it is not arrogant or rude. It does not insist on its own way; it is not irritable or resentful; it does not rejoice at wrongdoing, but rejoices with the truth.

Everyone who does evil hates the light, and will not come into the light for fear that his deeds will be exposed. But whoever lives by the truth comes into the light, so that it may be seen plainly that what he has done has been done through God.

On a final note, let’s rest on the premise that ‘the Truth will set you free. This is not merely a premise, but it is a promise from God Who is true. Let’s also reiterate the fact that Truth is a Person. Christ is Truth, and until we come into recognition and acceptance of Truth, we can never be fully free.

I pray that God will reveal Himself to you, and that as you seek Him you will find Him. Of a fact, it is true, that the Truth will not only set you free, but it will also set you sailing! 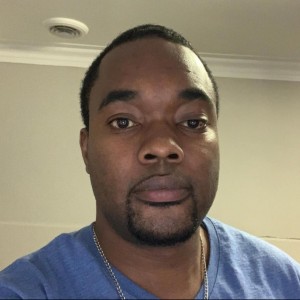 Orlando C. Rowe is an author and also the founder of Powered to Empower. He is a simple young man who loves to encourage people in the ways God has gifted him. Take some time, and browse the Powered to Empower website to view some of his other work.
PrevPreviousThe Enemies of our Life; What They Are and How to Defeat Them
NextHere is what Satan doesn’t want you to know.Next

Here is what Satan doesn’t want you to know.

The Enemies of our Life; What They Are and How to Defeat Them

A Poem I Wrote by the Lakeside

Beyond The Festivity: What is the Importance of Celebrating Easter?

How to Trust God as You Go

It Is Important To Move Forward Now

The Past, The Present and The Future

Looking Beyond Their Faults

We use cookies in order to give you the best possible experience on our website. By continuing to use this site, you agree to our use of cookies.
Accept